What is healthy lifestyle that let some people live to age 100 & beyond?

In what the researchers describe as the first study of its kind, they analyzed & deciphered the entire genetic codes of a man and a woman who lived past the age of 114. The 2 so-called super centenarians had: DNA that appeared to be very similar to people who did not have long lives and about the same number of gene variants linked to increased disease risk as seen in the people from the general population whose genomes have been sequenced. there are more than 50 possible longevity-associated variants in genes, some of which were unexpected & had not been seen before. The researchers hypothesize that the genes linked with long healthy lifestyle may somehow offset the disease-linked genes. This might then allow an long lifespan.you can see the results which were reported in the journal Frontiers in Genetics.

At the beginning of the twentieth century, the average life expectancy at birth in the United States was just under 50 years. but Today, the average newborn can expect to reach 80 years. This great leap forward has little or nothing to do with genes, & everything to do with advances in public health & healthy lifestyles. During the first 75 years of life, genes have a relatively small influence on persistence, accounting for only 20% – 25% of the reasons that you make it to that age. Not smoking, eating healthfully, getting plenty of exercise, & limiting alcohol matter the most. Once you hit your age of mid-80s, genes matter more & more. And once your reach your 90s, how much longer you are likely to live was largely determined the day your father’s sperm fertilized your mother’s egg. There’s no need to have your DNA sequenced to determine what genes you carry. It wont change what you need to do now. You have the power to change many things that influence your health & how long you live. following are the steps that will help you have the longest & healthiest life possible.

Be physically active every day. Eat a healthy diet rich in whole grains, lean protein, vegetables, & fruits. Reduce or avoid unhealthy saturated fats & trans fats. Instead, use healthier monounsaturated & polyunsaturated fats. Be sure to get enough vitamin D & calcium. Maintain a healthy weight & body shape. Challenge your mind. Build a strong social network. Protect your sight, hearing & general health by following preventive care guidelines. Floss, brush, & see a dentist regularly. Poor oral health may have many effects. It can lead to poor nutrition, pain and possibly even a higher risk of heart disease & stroke. Discuss with your doctor whether you need any medicine to help you stay healthy or improve your health. These might include medicines to control high blood pressure, treat osteoporosis & lower cholesterol.

Why Developing a Sense of Humor Can Save You Big 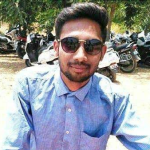 Natural Ways To Improve Your Skin And stop Ageing